Tech for Campaigns used digital advertising to help Kendra Horn pull off one of the biggest upsets of the 2018 election: flipping Oklahoma's 5th Congressional District.

Before running for office, newly elected Congresswoman Kendra Horn ran two non-profits in Oklahoma focused on developing leadership skills and encouraging women to run for public office. She took her experience and lessons learned and ran for the U.S. House seat in Oklahoma's Fifth Congressional District against incumbent Representative Steve Russell. The Fifth District, considered a safe Republican seat (rated by the Cook Political Report as leaning Republican by ten points) covers most of Oklahoma County, including Oklahoma City, and the more rural Pottawatomie and Seminole counties.

In the final two weeks of the 2018 election, the Horn campaign engaged Tech for Campaigns to run digital ads, specifically using Facebook and Instagram, helping to raise Kendra's awareness among key demographics and capitalize on her surging momentum. In the last ten days of the 2018 election, TFC helped the campaign reach nearly 200,000 persons in the district, an average of 5 times each -- and with a relatively small budget given the many demands for campaign funds in the closing days of a campaign.

Kendra won in an incredibly close election: as The Oklahoman reported, "defying expectations, polls, experts, opponents and history itself, Horn defeated U.S. Rep. Steve Russell in a race that went down to the wire. Horn garnered 121,013 votes, or 51 percent of the total, to Russell's 117,725 votes, or 49 percent."

She is the first Democrat to hold this seat since 1975, and the first woman to ever hold the seat.

Kendra Horn was a first time candidate with a limited budget. Her campaign needed to reach targeted voters over a large geographic area and ensure that she not only won over certain voters but also made sure they voted. TFC focused on creating and implementing a strategy for reaching these voters that centered on organically created content - especially video.

“We won by 3,300 votes against an incumbent, with almost no outside help. We had to pinch pennies and be smart about any spending, which you allowed us to do!”‍ 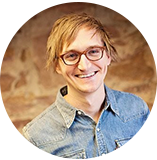 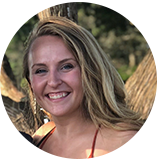 The advertising efforts focused on key voter segments, such as women, African Americans and parents across the three counties. Through rapid testing and iteration, the TFC team quickly honed in on the style and messaging that worked best: primarily casual "selfie" videos, motion graphics highlighting key issues, and promoted posts showing Horn actively engaging with the community.

Within 24 hours of being green lit, TFC launched a sophisticated Facebook and Instagram advertising campaign that reached nearly 200K voters an average of 5 times each in the last few weeks of the campaign. The campaign drove over 64,000 video views and tripled engagement across Horn’s Facebook and Instagram accounts. Every vote truly counted as Kendra Horn pulled of the biggest upset of the 2018 election by just over 3,000 votes.

"I got to work with skilled professionals from around the country who shared a similar set of beliefs. Most importantly, I learned how a little effort, collaboration and skill can create meaningful change as evidenced by the amazing results we saw on Kendra Horn's campaign."